Thought you'd like some images of Hugo during snow time in the Northeast. We have been pelted over and over by storms this winter and I can't say that Hugo is a fan of the fluffy stuff. Perhaps he had too many formative years in the sunbelt. Today is sunny and not so biting my cold so I took him out for a photo shoot. He enjoys an occasional romp around the plowed paths, but he doesn't roll in the snow like our other dogs. Like Dorothy said to Toto: "Hugo, we're not in Houston any more...". Hope you are well. 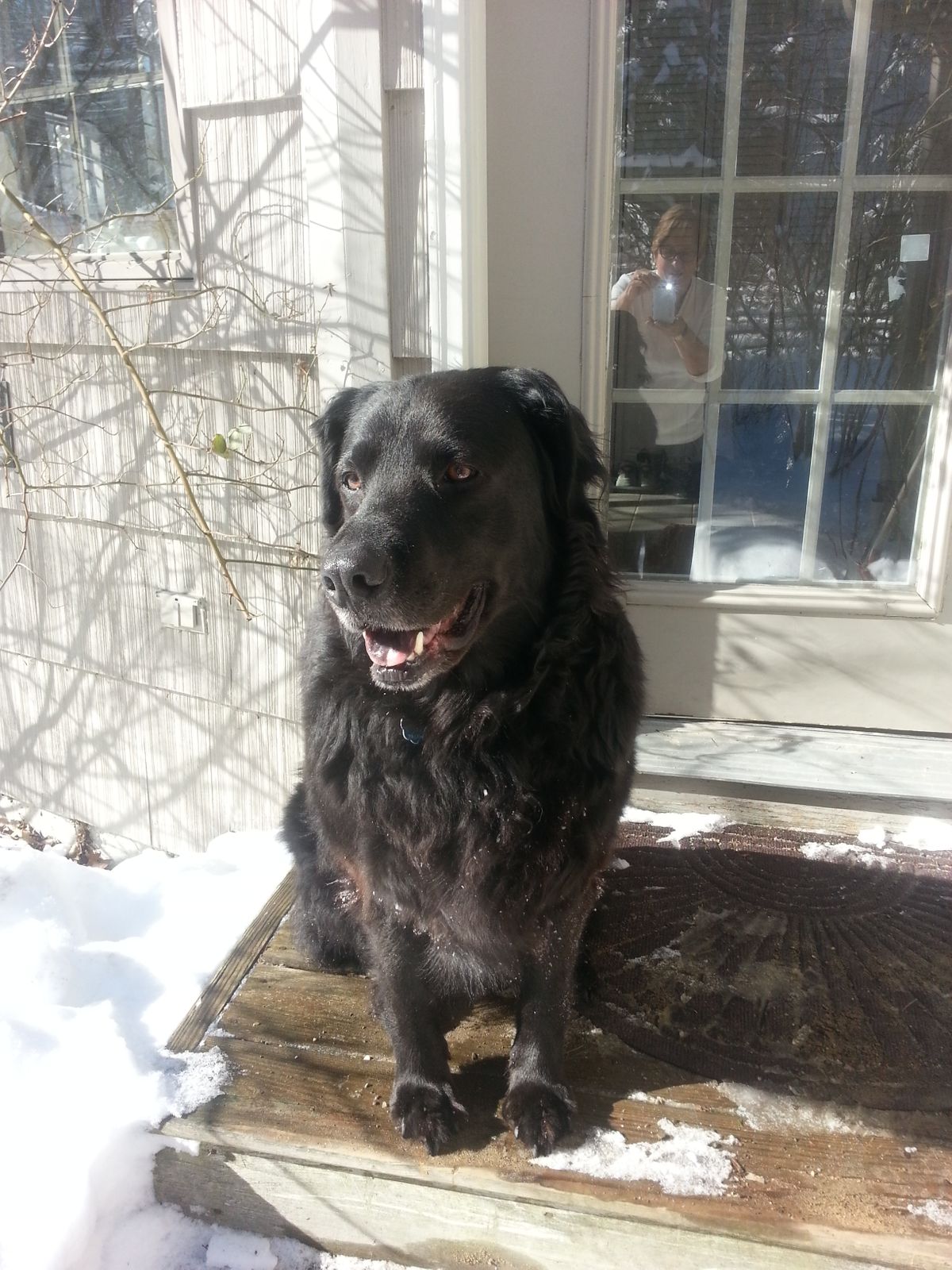